From Ukraine to the Bay: The Jewish Community Response to Refugee Crises 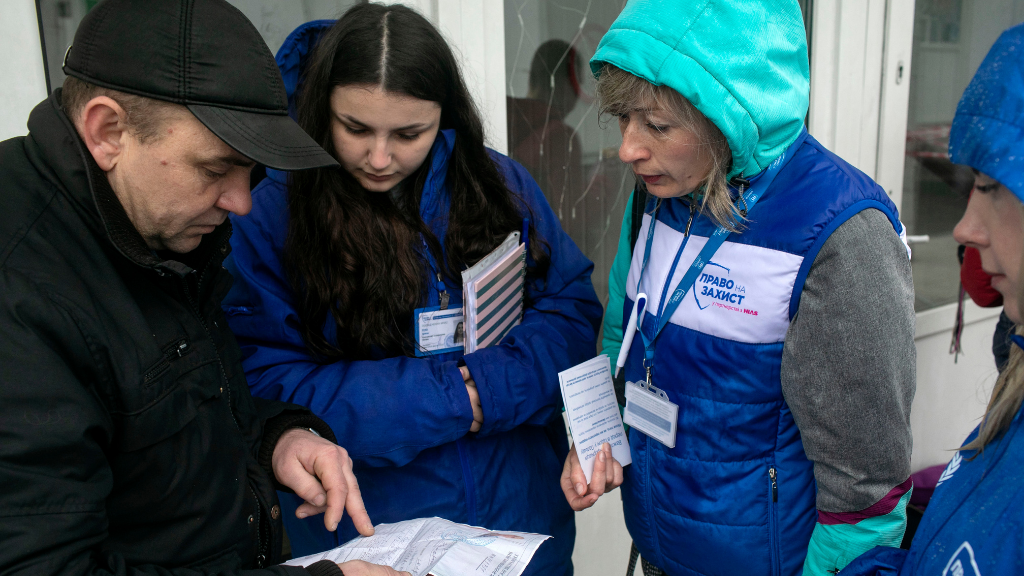 Join the conversation about the Jewish community’s response to refugee crises at a joint event with JCC East Bay, HIAS, & JFCS East Bay!

Hear from refugee crisis advocates, Joe Goldman of HIAS and Robin Mencher of JFCS East Bay, about their organizations’ efforts to support refugees with resettlement programs, legal assistance, and humanitarian crisis campaigns. This event will feature a moderated panel discussion between Goldman, Mencher, and Melissa Chapman, CEO of the Jewish Community Center of the East Bay.

HIAS is a Jewish humanitarian organization that offers assistance to refugees of all backgrounds.
JFCS East Bay is a social services agency that supports individuals, families, older adults, and refugees/immigrants in the East Bay region.

Joe Goldman is the Community Engagement Director for the Western Region at HIAS, the world’s oldest – and only Jewish – international humanitarian agency serving refugees and asylum seekers of all backgrounds. He mobilizes activists, organizations, and lawmakers across California to ensure that displaced people are treated with the dignity they deserve. Before joining HIAS, Joe worked at MAZON: A Jewish Response to Hunger, the San Francisco-based Jewish Community Relations Council, and began his career working on several political campaigns and progressive advocacy efforts. Joe holds both a BA in Political Communication and Master’s of Political Management from The George Washington University in Washington, DC and lives in his native Los Angeles with his husband, Adam.

Robin Mencher is the CEO of JFCS East Bay, and has served in this role since December 2020. Prior to JFCS East Bay, Robin served as executive director of KQED Education where she led the public media organization’s service to the education community in the San Francisco Bay Area and beyond. She has also worked as a program director at the San Francisco Education Fund, where she focused on media and digital literacies, youth voice, technology integration, teaching English learners, and educational equity. As an active member of the Jewish community, she has served on the New Generations and SF Bay Area regional board of directors of the New Israel Fund. Mencher earned her M.A. in Education at Mills College and her B.A. in American Studies at U.C. Santa Cruz. She also studied at the Pardes Institute of Jewish Studies year program and attended Hebrew University for a year as an undergrad.

Additional Information:
Doors open at 6:30pm and the event starts promptly at 6:45pm. Light refreshments will be provided.
Vaccination and booster required, masks encouraged. Event will be held outdoors.